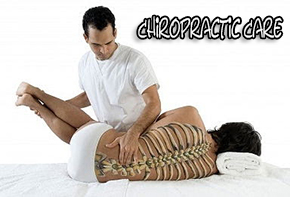 Symptoms of Pelvic pain during early pregnancy can sometimes cause much pain and discomfort and can limit the movement of the pregnant woman and may also cause impairment in walking.

Abdominal and pelvic pain during early pregnancy can be the first sign of a very serious condition called ectopic pregnancy (the pregnancy is outside the uterus, on the tube for example).

Early in pregnancy, many women have pelvic pain. Pelvic pain refers to pain in the lowest part of the torso, in the area below the abdomen and between the hipbones (pelvis). The pain may be sharp or crampy (like menstrual cramps) and may come and go. It may be sudden and excruciating, dull and constant, or some combination. Usually, temporary pelvic pain is not a cause for concern. It can occur normally as the bones and ligaments shift and stretch to accommodate the fetus.

If caused by a disorder, pelvic pain may be accompanied by other symptoms, including vaginal bleeding ( Vaginal Bleeding During Early Pregnancy ). In some disorders, such bleeding can be severe, sometimes leading to dangerously low blood pressure (shock).

Pelvic pain differs from abdominal pain, which occurs higher in the torso, in the area of the stomach and intestine. However, sometimes women have trouble discerning whether pain is mainly in the abdomen or pelvis. Causes of abdominal pain during pregnancy are usually not related to the pregnancy. Read more here.

How Chiropractic Can Help With Your Pregnancy and Birth

These symptoms are seen as normal during pregnancy, something you better get used to for the next 38-42 weeks. You wanted a baby, now deal with it. Right?

Wrong. Sure these examples are common among pregnant women, but the intensity or even the presence of these symptoms will greatly diminish if under Chiropractic care.

Chiropractic care is not only a wonderful alternative to your pain problems, but it is one of the only back pain treatments that continually return your investment. One of the key selling points for chiropractic care is the anatomically impossible premise that your spinal nerve roots are important to your general health.  See more here.

Why should I have chiropractic care during pregnancy?

During pregnancy, there are several physiological and endocrinological changes that occur in preparation for creating the environment for the developing baby.

The following changes can result in a misaligned spine or joints:

Establishing pelvic balance and alignment is another reason to obtain chiropractic care during pregnancy. Read the full story here.

Why do you keep going out of alignment?

Correcting your own alignment is huge in helping to reduce your pelvic pain. However, this in itself doesn’t replace the professional help of a chiropractic care. Even though chiropractic care is most widely known for its assistance in treating disorders of the pelvic pain, its benefits and treatment options are much wider than that. The benefits of chiropractic care are well recognized by other health practitioners, with more than 50 percent of physicians referring patients for chiropractic treatment.

If you have severe or chronic pelvic pain, you should talk to our chiropractor professionals who specializes in prenatal care. We balance the pelvis, align the pubic bone, and help alleviate symptoms you may be experiencing. What are you waiting to call us now for an appointment: (619) 831-8777.

Related Articles:
Tendonitis – What It Is And What To Do To Resolve It?
DOT Physical San Diego | What to Expect

Allison has 6 years in practice as a Chiropractor's Assistant and is a licensed Massage Therapist who writes for numerous blogs online. Feel free to comment or ask questions regarding any of Alley's blog posts. View all posts by Allison Yardley

Steve is awesome. I had never been to a chiropractor before but needed some relief from a sore neck which was soon complemented with pain

Steve is awesome. I had never been to a chiropractor before but needed some relief from a sore neck which was soon complemented with pain in my left arm. I had tried massages and acupuncture for a week before the pain got so bad that I couldn't sleep and had a hard time functioning at work.

Basically, my life was disrupted and out of whack for two weeks previous to my visit to Dr. Jones. He has an awesome, low-key demeanor and most importantly he wants to get his patients back to feeling better. After two sessions with him, my pain went from an 8 to a 4. It is currently a 3 and I might go back to see him in a few weeks for a maintenance adjustment.

I went to Dr Jones for several years when I lived in San Diego and there are not words for the amazing treatment he has always given.

I have since moved to the East Coast and have tried a few treatments here but now I just make sure I go see him whenever I am in town. They always find me a slot even if it is last minute.

I always feel like a new person when I leave the office.

Well, I found Dr. Jones to help with a left-side stiff/stuck neck I got from sleeping on my stomach on a fat pillow. Also, from

Well, I found Dr. Jones to help with a left-side stiff/stuck neck I got from sleeping on my stomach on a fat pillow. Also, from an auto accident 35 years ago, I had pain and stiffness on my neck's right side from a whip lash -- that I thought I would have to live with the rest of my life.

He not only helped the more-recent left side "stuckness", but also was able to get the 35-year-old "stuckness" resolved on the right side -- along with the softening of the stiff, tense muscles that I'd had all those years.

I love the special tissue massage he does before an adjustment and the fact that he never seems rushed, even if other patients are waiting.

He also gave me exercises and stretches to do at home along with recommending supplements to help the inflammation. He even designed a special traction unit for me to use at home. Thank you, Dr. Jones!

I always feel great about my visits to Dr. Jones. He and Linda always do what it takes to fit me into the schedule and

I always feel great about my visits to Dr. Jones. He and Linda always do what it takes to fit me into the schedule and with my migraines, this is invaluable. Dr Jones takes the time to understand and treat my health issues and the appointment is never rushed. He will do an extra ultrasound or whatever is needed in addition to my adjustment to relieve my back and neck pain. Always a positive atmosphere, the office is clean and pleasant and has the added bonus of a therapy dog, Rex, who is a joy. I have recommended Dr. Jones to many of my colleagues and friends and have always received thanks and positive comments. He also adjusts my children and was again invaluable when my younger daughter was in a car accident.

I saw Dr. Jones for the first time a few months ago. Dr. Jones and his assistant Linda were without a doubt the most personable

I saw Dr. Jones for the first time a few months ago. Dr. Jones and his assistant Linda were without a doubt the most personable people I have ever dealt with in a doctor's office. In addition to that, Dr. Jones definitely knows his stuff. He was able to adjust parts of my back that have always given my past chiropractors trouble. I give my experience at Dr. Jones' office ""two thumbs up"".

I highly recommend Dr. Jones for his knowledge, professionalism, and helpfulness!

I visited Dr Jones for two years while living in San Diego, I was very impressed with his personalized approached to my lower back pain,

I visited Dr Jones for two years while living in San Diego, I was very impressed with his personalized approached to my lower back pain, and the way he always listened to me, and tailored his treatment to how I was feeling. I would recommend him to anyone, who who wanted a very kind caring doctor, who really listens and is happy to give his opinion on various medical issues. I miss ya Doc.

My favorite chiropractor. I'm sorry this review is a couple years too late! I used to live in San Diego and would see Dr. Jones

My favorite chiropractor. I'm sorry this review is a couple years too late! I used to live in San Diego and would see Dr. Jones about an average of once a week after a work injury. The really helped me to get back on my feet. I have since moved away and only recently joined Yelp, but I thought now is better than never to show my appreciation for the help he gave. Keep up the good work!